Ok, we’re seeing some predictive meterage of late, so it’s time for a meter post. And since we’re about to enter the Solstice Window…

Typically, energy ramps occur 10 days prior, and 10 days after, your basic solstice. But this 2018 Summer Solstice (June 21st at 6:00 am EDT) isn’t just any summer solstice. This is a PRE-EVENT solstice (the last pre-Event solstice?), which will start to ramp on June 11th… but Wave X is ramping all the time, so… does that mean we’re gonna have extra rampiness? Probably. That is, YES. Why? Because The Event is this summer. Sometime. That’s what we were shown, anyway. (We’ll tell you how, later.)

Ok, meter reading (from most recent):

That exact same spike was everywhere:

You get the idea. You can look at al the meters you want, but all of us humans are better Wave X detectors than any electronic device. YOU KNOW when it’s hitting you… or at least you’re learning. (Try asking Brother J to enjoy it with you; takes the sting out of it.) This energetic activity looks to be a precursor to the pre-Event solstice energies coming in (and paving the road to You-Know-What). This may mean WHOMPAGE, fatigue, loss of socks, head spikes, body aches, general creaky crunchiness, timeslips, strange occurrences, freaky weather, mass airplane groundings (watch for this), spirit activity all over the place, weird dreams, minor geologic upheavals, potential political upheavals, corporations swooning… buuuut you were having most of that already. It’s nothing to worry about for SOURCE enthusiasts, who’ll find it merely entertaining… and occasionally ouchifying. Oh. If you’re reading this and you HAVEN’T started meditating… start now.

And OH, those two recent celeb hangings were murder (cabal).

AND… this recent image from the spaceweather site (called a “truncated rainbow” or some such nonsense), was actually a portal opening:

We have pics like this, too, but much better. We’ll show you one of these days. 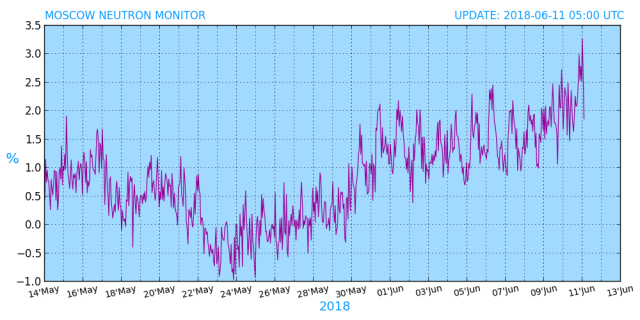