Jeez… so many questions coming in — from CATs, too. So, we’re gonna answer ’em. Get out your popcorn. But first, some meterage:

We had another CME, non-earth-facing (no biggie, but we will invariably feel its ‘side effects’ in the next 3-5 days): 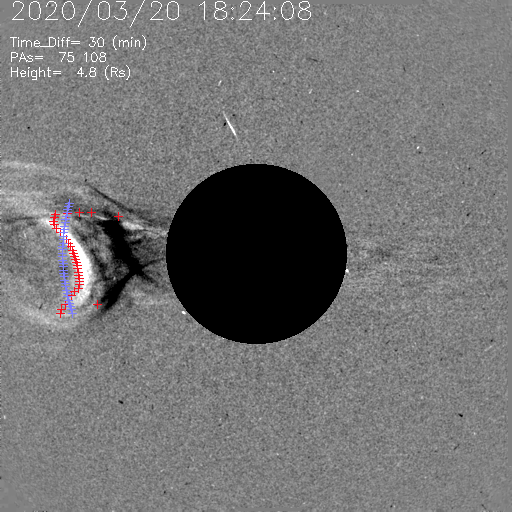 Now check this out. A separation is beginning again, at the 31/32 Hz level: 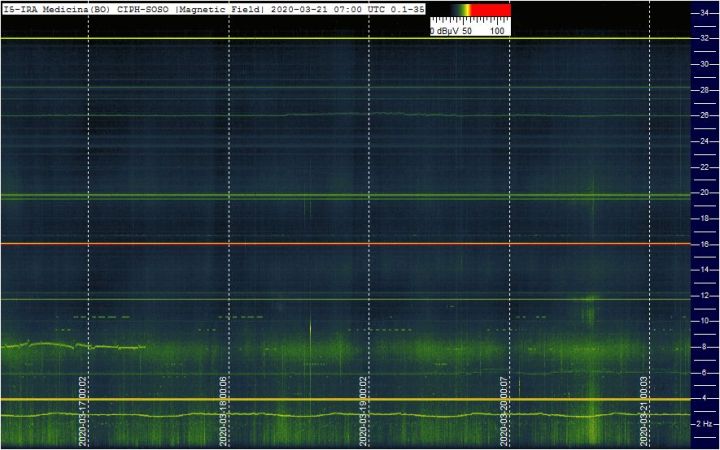 And now what you’ve probably been waiting for…

These are various questions commenters and emailers and CATs have been asking over and over, so here we go. Our answers are in BOLD. Note that these questions involve The Illusion, so they’re only important in that they show us where we are in relation to the timing of The SHIFT. In a way, it’s nice to see justice done, but… it’s not really real, so the feeling is a bit of an atavism.

1. Are lots of store shelves empty NOT because people have bought things out, but because we’re actually not getting junk products from China anymore? YES

2. [We’re not answering C-v1rus pand3mic questions, as it may get the site shut down.] Instead, note that there is no pand3mic, so no fear is necessary. More people have caught the plain ol’ flu. This whole thing was indeed intentionally caused by the ca8al to cause mayhem, but that was stopped, and now it’s MacGuffin has been repurposed for the greater good.

3. Is Tom Hanks really under arrest in a hotel room in Australia? YES

4. Has Oprah been arrested? YES

5. Was Oprah’s house really raided by the FBI? YES [Weinstein is ratting on everyone to reduce jail time, now that his jail time is real. Any celebs who say they have the C-v1rus are either under house arrest or desperate for attention.]

6. Has Ellen DeGeneres been arrested? YES

7. Was Queen Elizabeth really locked out of Windsor Castle?? YES!

8. Was Canadian Prime Minister Justin Trudeau served a criminal indictment by the U.S. for corporate and financial crimes? YES

9. Has Nancy Pelosi died? NO

Oh, and note that Psychic Lynn and Da-da have an interesting new “Life Detective” out.

One more thing… for those who still have anxiety: Note that Spirit often speaks metaphorically, and we have to make our best guess as to what they mean. We can ask questions and get more clarification, but the metaphor often remains. So, when we meditated briefly today, we instantly saw the same thing AGAIN that we’ve seen all week. (Again, remember this is metaphor.) We saw a bomb (which represents an act, or event) dropping toward water (which represents calm), and right before it hit it was suddenly encased in ice, so when it hit, the ice neutralized it and it just plunked in the water and didn’t go off — and there was no splash, as ice on the surface immediately covered the entry point. Then the area went to normal and the ice quickly melted and all was as before. What does this mean? Two things: 1. The Cavalry is not allowing anything bad to happen, in general, to mess up The Event, and; 2. The “cold” (i.e., fake pandemic) that has come over things will eventually disappear and all will be as before.

When we asked (one more time) when The SHIFT was, we saw it get really windy, and we saw a bird get blown around a little… but it was never out of control, and compensated nicely… and it eventually set down. We take this to mean there’s to be a bit more kerfuffle. But, as The Tao says, “Strong winds cannot blow all day.” (Or as Da-da says, “Strong winds CAN blow all day depending on how much sugar’s been ingested.”)

One more thing… in terms of the fake alien invasion thing we saw coming up… we asked Guides about whether that was still happening (considering the recent timeline jumps) and we were shown a bird flying over a prison. So, perhaps this is now NOW going to happen because some people are in jail (and soon headed to prison), or it’s simply a 3d thing that doesn’t concern us.

If you had any inkling of what’s happening on the Spirit side, you’d never be afraid on this side: you’d realize how unreal this side is. Most have forgotten this, but there’s an easy way to remember. Can you guess what that is?

Wow. Here’s something you won’t see in the NYTimes.

We checked… this is true: 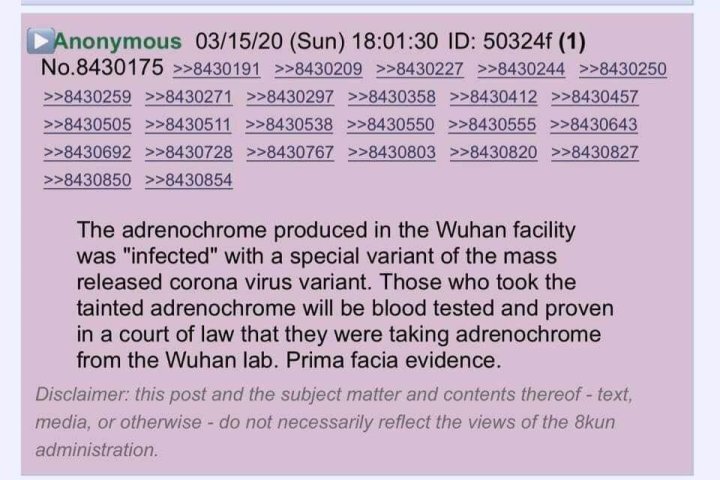 That’s why all those celebs look so scared. They are hosed. Not to mention the local govt, which is complicit in the “production facility.” Yowsa. This whole thing was a sting.

Once again, each of us are faced with a choice. We can choose the Justice timeline, or the SOURCE timeline. We can’t tell you which way to go. Both timelines wind up at The SHIFT. Think about it and make your choice.

There was a very minor CME (not even worth looking at) and some Schumannage WHOMP last night:

And some recent anomalies: 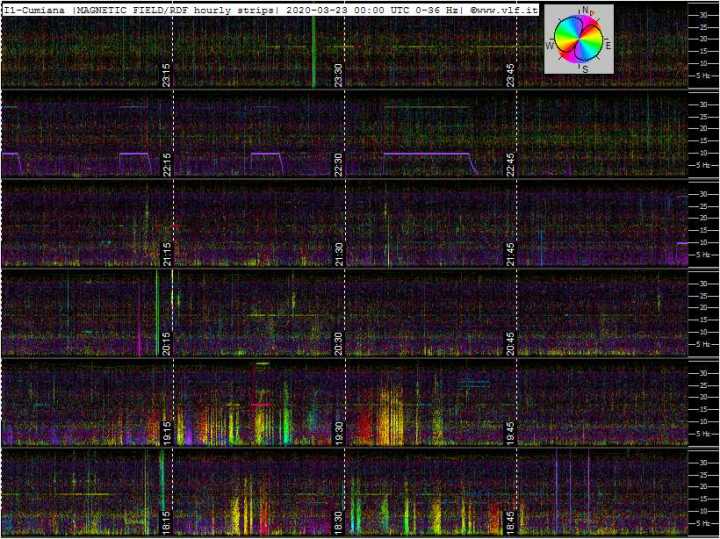 We’re also looking at this:

Some CATs were taken off guard by a big energy surge last night, having (foolishly) not ingested enough water:

You pretty much have to assume that this is going to ALWAYS happen till we get past The SHIFT… which we got more info on.

There was also a small timeline jump/adjustment: 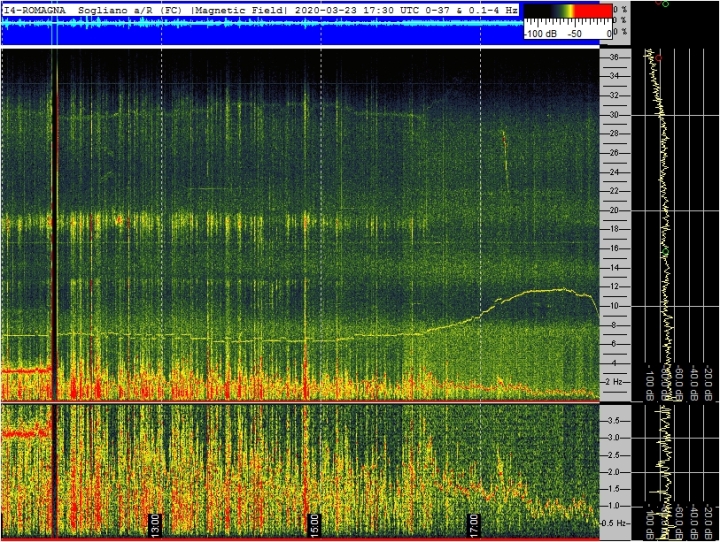 …and… a visit, right at this time: 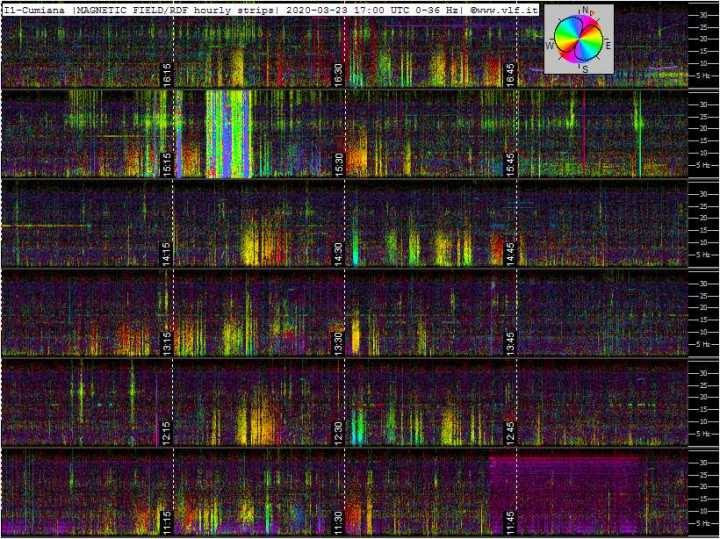