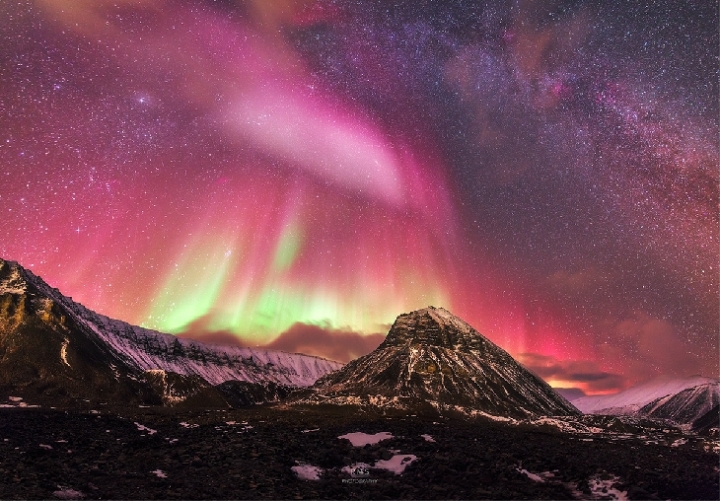 Wow, seldom are the Northern Lights (these photographed in Svalbard on 10/14) so RED. Scientists have no idea why. What a shocker. Of course, we’re also unsure what causes scientists these days. Anyway…

Looks like the “bridge/roadway completion project” is either done, or taking longer than anyone expected. Hard to say, as our eyes and ears both have peanut butter in them — chunky-style. We’re only getting things in dreams right now… well, save for one of the M’s who’s still operational… but for the most part our heads are full of jellied concrete and our ears are ringing peanut butter off the hook. Or something like that.

Eventwise, we know that various psychics and sensitives and writers have stated that they don’t see a big “Event” happening… but we still do. We always have, unless we’re misunderstanding what we’re being shown. Or we’re just lame.

Meterwise, the meters are… kinda boring right now, with a few exceptions. Here’s what the Moscow SR meter currently looks like:

In the meantime, here are some bits and pieces that don’t seem to fit anywhere.

Oh, we also discovered something today, a historical mystery we’d never heard of. We’ll tell you more about it if we find out it’s true. It’s… amazing. That’s all for now. Our paws and claws are currently vibrating, so…