Ok. Some of the M’s woke this morning (after a night of huge portal energy, ugh) and, while awake…

…saw a group of people looking up and the people winced as they were suddenly engulfed in WHITE LIGHT, then the M’s flashed to seeing six or seven gynormous lines of white energy, equidistant from one another, steaming up the inside of a cosmic-sized omniversal conduit or tube toward Portal One (inside the sun) damn fast, like synchronized white bullet trains.

We think that imagery is pretty clear in its meaning.

This is the first time we’ve seen those two images together, one after the other. We’re guessing The SHIFT is imminent. (Of course, Spirit has a different definition of “imminent” than we do.) Chills all ’round.

Despite what we saw, we *aren’t* seeing The SHIFT as far out as we can see… which is admittedly not very far considering the energies, and our lifeless bodies. This means it will come as a total surprise from outside of time… at any moment.

All Cats report feeling totally dead today, btw. There is simply not enough coffee. Cup three and no effect. Ug. The energy should calm down after the new moon, though, so we can all get some sleep.

Yowsa. Anyone else feel this one? We all did. This is kinda how the site works: we experience energy X, then go looking for its echo here and there. What we all felt was cosmic in origin, then it bounced off the earth’s core and was reflected out, so we felt it go in… then process out:

There was also this GRB, six hours before: 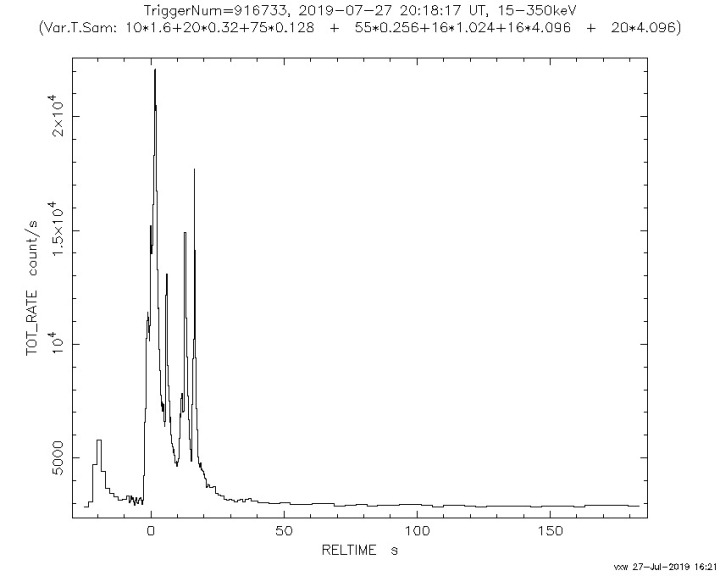 Hm. Some of us had found our way to this earlier in the week — Monday, Monday — as part of a Top 100 hits of… 1967? 66? Anyway, we didn’t think much of it. Now we’re hearing it again this morning, and when we asked “Is this significant,” we heard: “This is significant.” Note that we’re not sure what it’s referring to. It could be personal or unique to us, or it could be for all of us. DON’T CLICK IF YOU WANT TO AVOID THE WHAMMY.

Oh. The above song was about the political machinations. Today was a major move toward truth. Things might break this week, justicewise. We know all this has to come out, but we’d rather just skip the cleansing and go to the NE early, if it’s all the same to SOURCE. But if we need to be here for crowd control, so be it.