…but they aren’t totally out of commission. If you have the energy, hit ’em again. Lob those pink and violet balls of energy-fun in their general direction. Show them what you can do. Use your imagination. We also now have a SuperFriend specialist on the job (who was responsible for tanking the SHC).

We would’ve set up a special meditation for this, but that makes it easier for the PTW to block the energy since they know when it’s coming. If we keep tossing energy fastballs and our own rogue waves, then their systems won’t work. We have them on the ropes… and they are amazed. Some are actually wondering if there really is a SOURCE!

Best of all… humans’ new abilities don’t depend on electrical power or exotic weaponry. In fact, your gifts will work BETTER when the power is out. The PTW has made yet another miscalculation.

In the meantime, note that that incoming double CME looks to hit in the days before Halloween:

We get that you’ll feel this one in your Third Eye; you might even get headaches, even if you aren’t someone who normally gets them. All part of life’s rich Wave X pageant.

Well. We still need to investigate this, but… someone is firing at someone in… Costa Rica?

Now look at this odd VLF noise; looks like wind:

Then it quiets down and goes ZAP:

CA fire-wise, a ton of evidence to support the PTW’s continued arson are unfolding. Here’s a link to an excellent compendium by StateoftheNation, and details: 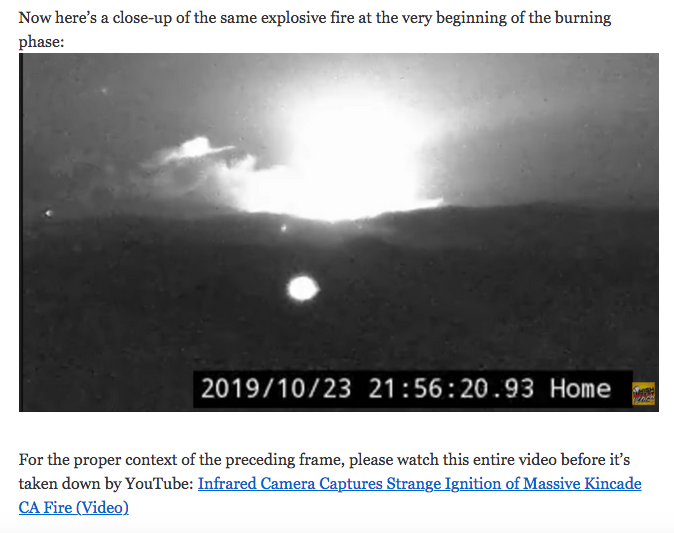 Presenting mostly original, spooky hairball-at-a-distance stuff you won't find elsewhere. The CAT Staff is made up of psychics, mediums, clair-X practitioners and a bunch of higher-order beings who, like us, are here to help. Please note: We are not doctors (of medicine), so advice is for SPIRITUAL USE ONLY. Caveat cattus. Your FUTURE may vary -- a lot. This site is primarily for the internal actualization of Truth. We are your spiritual huckleberry. We do this site for free, so please be polite. And please note: We firmly believe that silent company is often more healing than words of advice.